Proposal to increase the amount of ethanol

June 28th, 2016
Dear BoatU.S. Member:
The Environmental Protection Agency (EPA) is asking for comments on a proposal to increase the amount of ethanol that must be blended into the nation’s gasoline supply for 2017. If adopted, these proposed levels will require the use of a record amount of ethanol, forcing higher-level fuel blends (including E15 or 15% ethanol) into gas pumps and at more gas stations. It’s important to know that most marine engines are built to only work with up to 10% ethanol, and it is illegal to use gas containing more than 10% ethanol in any marine engine.
Please take a few moments to send a message NOW urging the EPA to lower the ethanol mandates to ensure an adequate supply of fuel that will work in your boat.
Click here to take action.
Background:
The Renewable Fuel Standard (RFS) is the 2005 law that requires the blending of biofuels such as corn-ethanol into our gasoline. When written, it was assumed that America’s use of gasoline would continue to rise. However, U.S. gasoline usage has actually dropped steadily since 2005 and now the law forces more ethanol into fewer gallons of gasoline.
To keep up with this mandate, in 2010 the EPA permitted E15 (fuel containing up to 15% ethanol) into the marketplace, for some engines. E15 has been proven to damage boat engines and so it is prohibited in marine engines. It is also illegal to use E15 in snowmobiles, motorcycles, small engines like lawnmowers and leaf blowers, as well as any car or light-truck made before 2001.
E15 and higher ethanol blends fuel can now be found in 23 states, often at the very same pumps as E10 gasoline. A sticker on the pump mixed in with all the other labels may be the only warning for E15 gasoline. This creates a huge potential for mis-fueling and puts boaters at risk of using fuel that will damage their engines. CLICK HERE for more information on E15 and the Renewable Fuel Standard.
Thanks for being a BoatU.S. member and for taking action to let EPA hear how more ethanol will affect your boat engine. The deadline for your comment is July 11th, 2016. Help spread the word and please FORWARD TO A FRIEND.
Sincerely,
Margaret B. Podlich
President, BoatU.S.
(703) 461-2878 x8363
www.BoatUS.com/gov 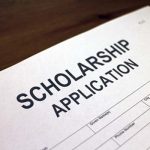 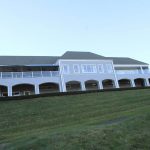